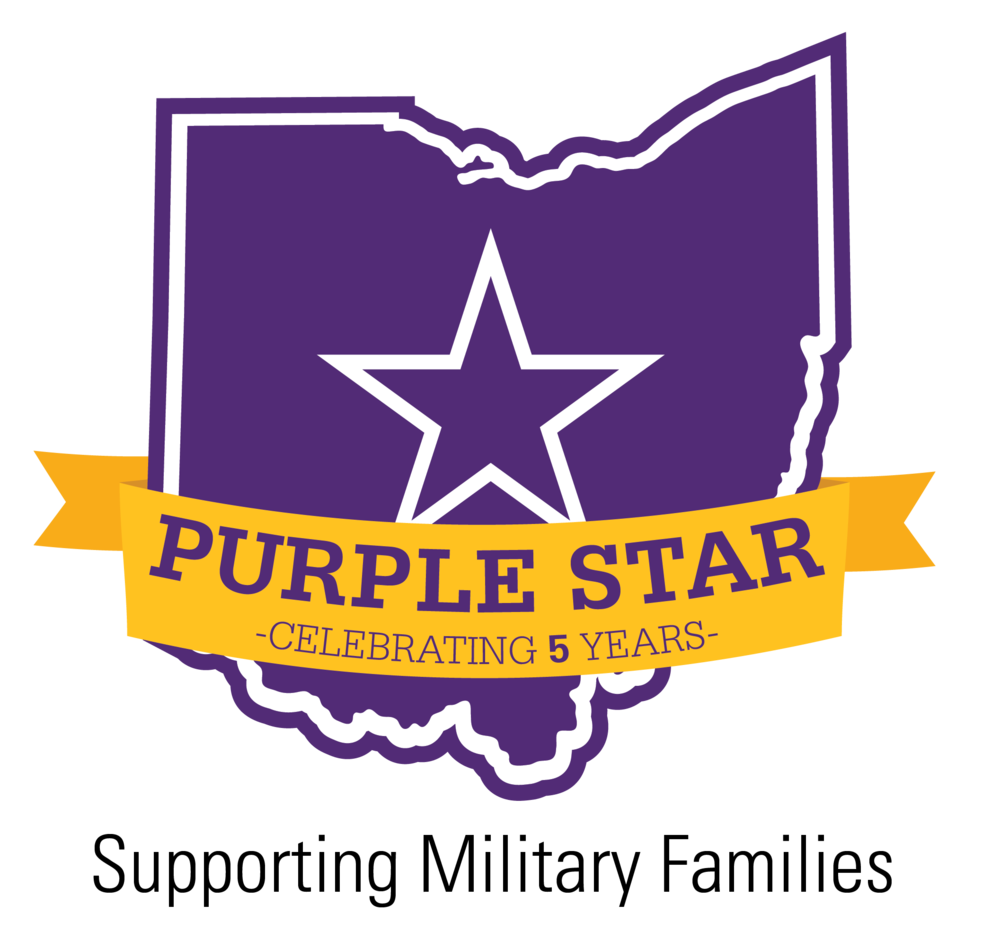 Clermont Northeastern School District continues to wear its heart on its sleeve, and throughout the school, in regards to how it honors military veterans.

The school was designated by the Ohio Department of Education as a Purple Star School in 2019, and was recertified earlier this year. In 2018, CNE earned Purple Heart School status from the Military Order of the Purple Heart.

High school faculty member Steve Thompson, who is one of two Purple Heart recipients on the CNE staff (Michael Tabor is the other), has led the district’s efforts toward both designations, as well as the programs that support those honors. He learned about the Purple Star program from Greg Rose, a former CNE teacher who now works at Milford High School.

“It’s a great honor for the school to have it. I think we were one of the first ones around here besides Milford, and (others have) kind of jumped on board. It's the Purple Star. It’s basically something that that Ohio Department of Education slaps on the school and says you all have done a lot for the military to support veterans.”

• The school must have a staff point of contact for military students and families who serves as the primary liaison between them and the school. Thompson fills that role. He completed an online professional development course. The liaison identifies and informs teachers of the military-connected students in their classrooms and the special considerations military families and students should receive.

• The school maintains a dedicated page on its website featuring resources for military families. CNE’s is at www.cneschools.org/page/resour...

• The school provides professional development for additional staff on special considerations for military students and families.

• The local school board passes a resolution publicizing the school’s support for military children and families.

• The school hosts a military recognition event that demonstrates a military-friendly culture. CNE hosts an annual Veterans Day assembly in which it brings in speakers to talk about the military. The district has also a designated “Military Night” at a home football game.

“There’s a certain theme for the football game, and they’re Red, White and Blue’d out, man. It’s pretty cool to see on a Friday night football game,” Thompson, who is also CNE’s varsity football coach, said.

Four years ago, members of Blue Skies for Good Guys and Gals – Team Fastrax parachuted into the football stadium with a large U.S. Flag. They also bring in CNE grads who serve or have served to be honorary captains for football games.

CNE has three goals for it graduating seniors – go on to college, enlist in the military or have full-time employment lined up. The Purple Star designation is a tool toward that goal, which in turn helps CNE qualify for such recognition. Thompson said in the Class of 2022, at least 10 students plan to join the military – almost 10 percent of the class.

“We have one kid who just got a $50,000 sign-on bonus out of the Navy. He's going into nuclear engineering. It's a pretty good deal,” Thompson said.

As a Purple Star School, CNE receives a placard that is placed in the lobby of the high school building, outside the main office.